Manchester United have signed Netherlands midfielder Donny van de Beek from Ajax for £35m, plus £5m in add-ons, on a five-year contract.

He will available for United's opening game of the 2020-21 season against Crystal Palace on 19 September. 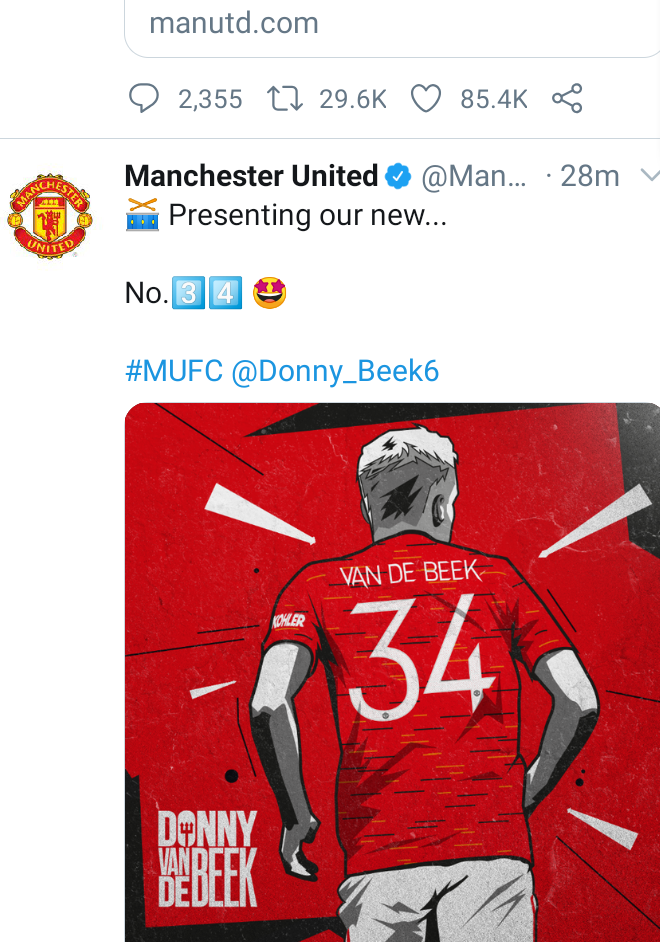 "I cannot begin to explain how incredible an opportunity it is to join a club with such an amazing history," he said on Wednesday night to MUTV.

"I am now ready to take the next step in my career and perform at the highest level and there is no higher standard than Manchester United.

"This team has some of the best midfielders in the world and I know that I can learn from them and also bring my own strengths to the group.

"Having spoken to the manager about his vision for this team, the direction that the club is going in is hugely exciting and I cannot wait to be a part of that." 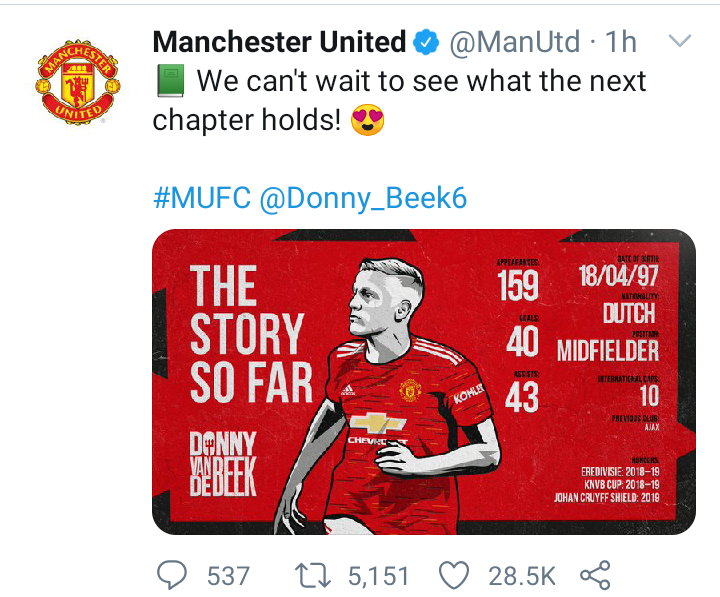 Boss Ole Gunnar Solskjaer added: "Donny has all of the technical attributes needed to perform in this team and has the personality required to succeed at Manchester United.

"His ability to see space, time his movements and read the game will really complement the qualities that we have in midfield and his arrival really strengthens the depth of talent we have in that position." 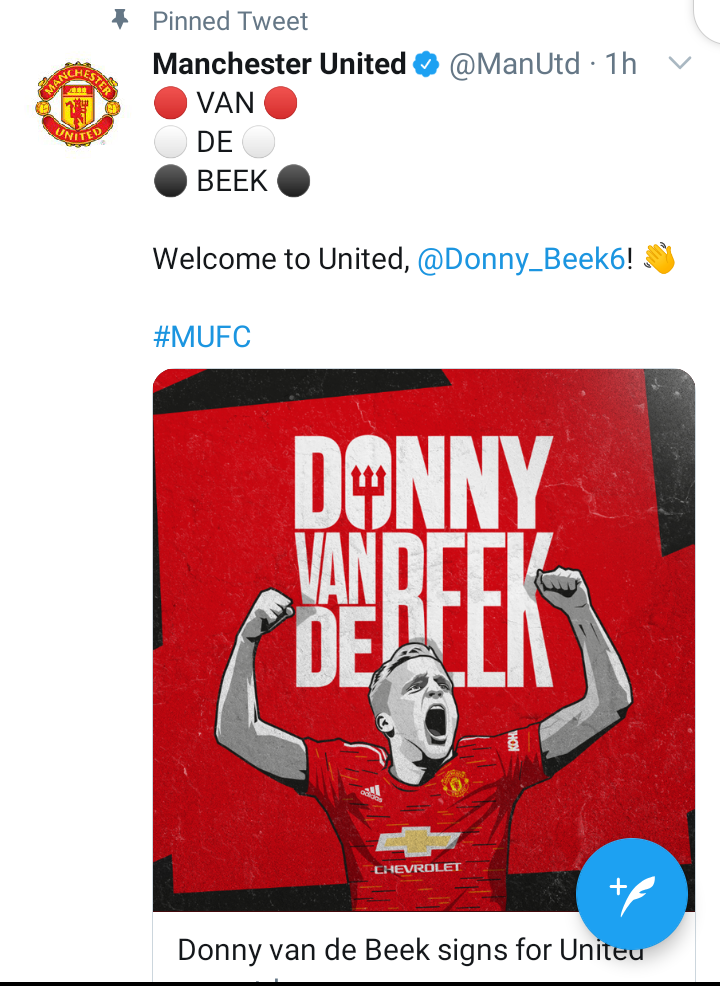